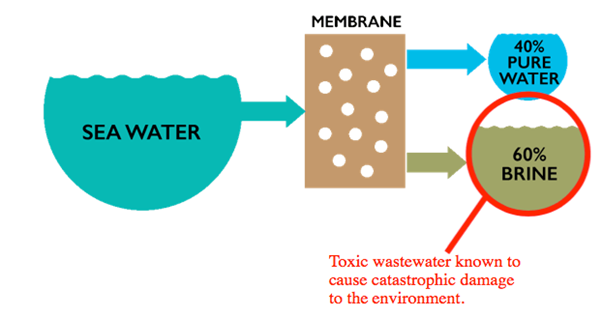 With increase in the levels of pollutant in the water, it is imperative we start treating our water before and after using it too. Although there are various methods to treat wastewater before it is released into seas and oceans, desalination is one of the most effective water treatment processes. Water treatment companies are using desalination process for their work. Desalination is the process of removing salt from sea water and making it safe for human consumption. However, a major hurdle impeding this methods wide spread adoption is the environmentally harmful by-product – brine. Brine is a salty solution that has 10 times the salinity levels as that of the ocean. It is extremely harmful to soil, impairs vegetation’s ability to absorb nutrients and is toxic to animals. To counter this problem, a group of researchers from the Columbia University have developed a process designed specially to purify industrial hyper-saline brines. The team has come up with a process and named it Temperature Swing Solvent Extraction (TSSE). Where current desalination methods can handle brine twice as salty as the ocean, TSSE is a high efficiency process capable of desalinating brine up to seven times as salty. Desalination process works well for purified water generation system.

« What is Clean in Place (CIP) and why is… What is Water for Injection (WFI)? »
Profile

Login to quote this blog

You cannot quote because this article is private.